Best NFT Coins For Passive Income: This Is How You Earn Free Crypto 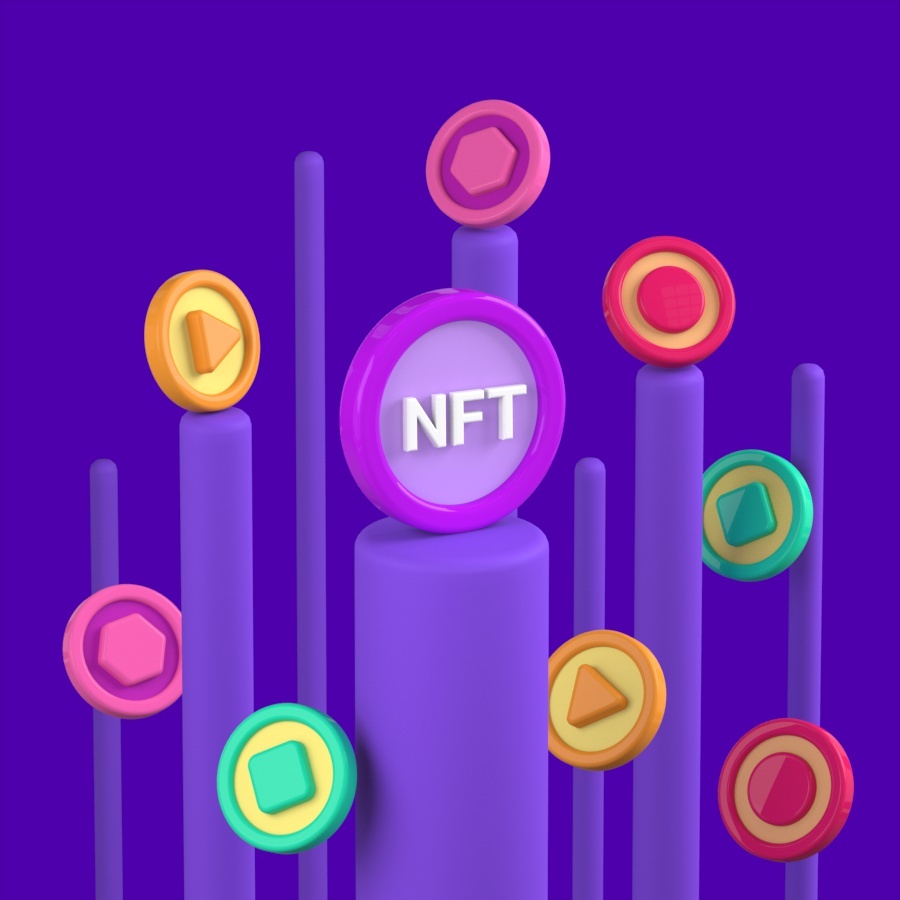 Coins from NFT projects and platforms grew to become a big part of the cryptocurrency landscape in 2021. Indeed, as more NFT coins hit the market, the question of which are the best options to provide passive income becomes harder to answer.

So let’s explore some of the very best NFT coins available right now, and how they can allow for passive income.

How Do NFT Coins Work?

The first thing to remember is that NFT coins appear in many different ways with all kinds of utilities. Secondly is that NFT coins can be very volatile. Thus one needs to be very careful when it comes to buying NFTs that offer coins, or when acquiring NFT coins on exchanges or through liquidity pools.

All things considered, let’s explore some of the best or most promising NFT coins out at this time. USD and market cap values will be included for the coins listed by Coin Market Cap.

The genesis CyberKongz were the first NFTs to implement passive earning through coins or tokens. To sum up, holders of the genesis CyberKongz get 10 BANANA tokens, every day for 10 years (from the time of mint). While the primary utility of the token is for minting Baby Kong NFTs.

So far, BANANA has been one of the best coins from an NFT project. Given that value, Genesis CyberKongz NFTs are some of the most expensive avatars on the market. The current floor price for a genesis CyberKongz NFT is 90 ETH, or around $344,000. For Baby Kongz, it’s 6.99 ETH or about $27,000.

The team behind the premiere NFT avatar project finally answered the “Wen token?” question back in October. While they didn’t put out too much about what the BAYC coin might look like, they did confirm they are looking to launch it in Q1 of 2022.

Though it may not be out yet, given how well all of the BAYC collections are doing, it’s hard to think that a future BAYC coin wouldn’t follow suit.

Without a doubt, Axie Infinity is the biggest name in play-to-earn blockchain gaming.  In fact, it was one of the earliest such projects in the space. It features Pokémon-like NFT characters called Axies.

In addition, players can earn and trade the game’s native coin, AXS, by buying, selling, breeding, and battling Axies. People can also buy AXS on various exchanges. Not to mention that Axie Infinity introduced AXS staking in October 2021.

While playing Axie Infinity is far from a passive undertaking, staking AXS is. To explain, staking allows users to lock up the AXS coin and collect significant interest over the period they stake it for.

Not only that – there is a second coin tied to Axie Infinity. That coin is called the Smooth Love Potion or SLP. SLP started as an in-game currency that players earn, and can use to breed Axies. However, it has grown so much with the game that it also trades on exchanges now. It’s also very easy to swap SLP for AXS in order to gain staking rewards.

Wolf Game has been gaining a lot of steam in the NFT world as of late. Particularly, Wolf Game gets rave reviews for its simple gameplay and passive income earning model. Compared to Axie Infinity, for example, it is incredibly simple to earn the $WOOL token in the game.

To illustrate, it can be as simple as buying a sheep NFT on the secondary market, staking it in the Wolf Game “barn”, and then earning $WOOL. Unlike Axie, which involves much more time and strategy to play, Wolf Game can be as passive as passive income gets.

It’s very early days for Wolf Game. But if the trend of NFT influencers talking about it is any indication, Wolf Game’s $WOOL could easily end up becoming a major NFT coin this year.

Decentraland is the all-time leading Metaverse on Opensea’s ranking by total volume. Given the huge surge in Metaverse land sales at the end of 2021, it comes as no surprise that the native coins of those platforms are also performing well, relative to other cryptocurrencies.

MANA is the native coin of Decentraland and is used for buying virtual LAND and trading other assets in Decentraland. Notably, MANA gets burned when LAND auction sales happen, decreasing the amount of available MANA. This deflationary effect is important to note, especially as Decentraland’s user base continues to grow.

The Sandbox is another leading metaverse platform. Similar to Decentraland, it also has a native coin, SAND. Holders can use SAND to purchase plots of land and other items in The Sandbox. As far as passive income in The Sandbox, staking the SAND token is one of the best ways to earn.

What’s more, The Sandbox effectively puts back 50% of SAND into its community through The Sandbox Foundation.

Enjin is a company that allows blockchain game developers to assign value to the in-game items they create. The way Enjin does this is through the ENJ token. In essence, game creators lock up the ENJ coin when they mint an NFT item. To list, these items can be in-game currencies, characters, and accessories.

Players of games that use ENJ can then earn, buy or trade those items in those games. Finally, players can sell the items for the amount of ENJ coins locked in the items. Another key point is that ENJ has a capped supply. In other words, only 1 billion ENJ will ever exist. This limit to supply can then help to increase the price of ENJ.

Gala is a platform for blockchain gaming that focuses on creating fun, simple games whose assets are owned by the players. Its native coin, GALA, is available on exchanges, and as a reward, both in some of the platform’s games and for players who run the nodes for Gala’s decentralized blockchain. The GALA coin can also be used for trading assets in Gala Games.

As a result of listings on Binance and Coinbase, GALA saw a couple of big price increases last year, as well as some dips. Certainly, the value of the coin is tied directly to the success of the platform and the games it produces.

NFT Coins Offer Both Risk and Opportunity For Passive Income

As is the case when it comes to any investment, risk and opportunity go hand in hand. The risks of more established passive income opportunities like staking AXS or SAND for example are relatively low. However, they may have a higher bar to entry and lower return than rolling the dice on a less proven NFT coin.

In any event, when it comes to NFT coins there is a wide spectrum of passive income opportunities. The best one for you depends on what you’re looking for. So do your research and choose wisely!

Bitcoin at $200K by Year’s End? Some Crypto Options Traders Make That Bet